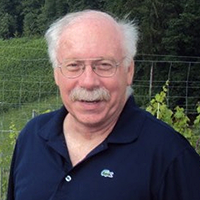 Paul Roberge is professor of Germanic languages, joint professor of linguistics, and former chair of the Department of Linguistics at UNC-CH. He also holds the title of professor extraordinary of general linguistics at Stellenbosch University (South Africa). He did his graduate work at the University of Michigan, where he concentrated in both Germanic and general linguistics. He received MA degrees in 1973 (Germanic languages) and 1975 (linguistics), and the PhD in 1980. He came to Chapel Hill in 1985 by way of Princeton University (1980-85; visiting associate professor, 1988). His research and teaching areas include older Germanic dialects (esp. Gothic, Old High German, Old Saxon, Old Norse); comparative Germanic grammar; Afrikaans; pidgins and creoles; sociolinguistics; origin and evolution of human language.