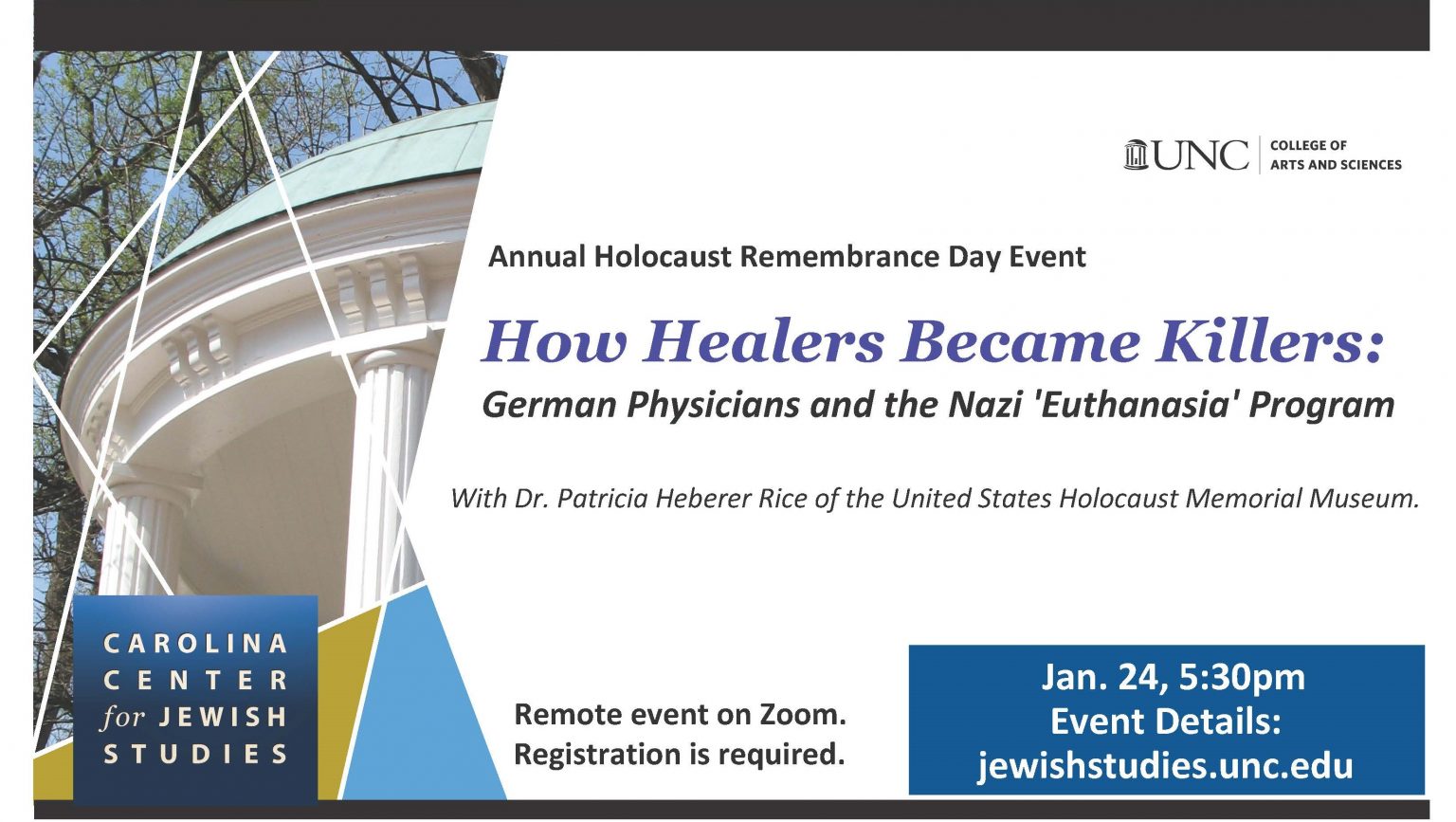 This event will be remote, via Zoom. Registration on Eventbrite is required to receive the Zoom link [https://howhealersbecamekillers.eventbrite.com]. The Eventbrite system will email the Zoom link a couple day prior to the event and again the afternoon of the event.

Physicians played an important role as planners and implementers of Nazi racial policy. This lecture discusses how medical professionals enforced two significant aspects of Nazi policy: compulsory sterilization and the clandestine “Euthanasia” program, the Nazis’ first program of mass murder. Compulsory sterilization, through which 400,000 Germans were legally sterilized, was enforced through the German legal system and involved physicians in the roles of denouncers, jurists, and enforcers of sterilization policy. Likewise medical professionals instigated and carried out the so-called Nazi “euthanasia” program, which claimed the lives of 250,000 mentally and physically disabled patients and set an important precedent for the Holocaust.

Dr. Patricia Heberer Rice is the Director of the Office of the Senior Historian in the Center for Advanced Holocaust Studies, a wing of the United States Holocaust Memorial Museum. There she functions as a specialist on medical crimes and eugenics policies in Nazi Germany. In addition to contributions to several USHMM publications, she is the author of Children during the Holocaust, a volume in the Center’s series, Documenting Life and Destruction (2011). A further publication, Atrocities on Trial: The Politics of Prosecuting War Crimes in Historical Perspective, co-edited with Juergen Matthäus, appeared in 2008 with the University of Nebraska Press.