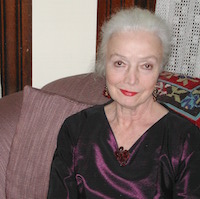 My research areas are Russian literature of the fin-de-siecle (prose and poetry), early Soviet literature and two of the major classics of the 19th century: Turgenev and Dostoevsky. A recent interest is Vladimir Nabokov’s Russian novels. I hope to collect the 5-6 articles on him that I have written (and published) and combine them with some I am currently working on, hoping to eventually produce a book on the “Eurydice-theme” in his writing. I publish in a broad variety of journals both in the U.S. and in Europe. I was also given two awards during the AATSEEL conference in February 2020. One was: the 2019 Distinguished Service to AATSEEL Award; the other: the 2019 Slavic and East European Journal Award for Best Article Cluster.

After five years as editor of The Slavic and East European Journal housed at the University of North Carolina at Chapel Hill (2013-2017), I retired from that role. I regard it as the most important and rewarding service I have given to our field.